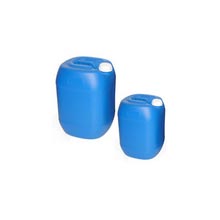 Request to Call Send Enquiry
We are offering ammonia.
ammonia or azane is a compound of nitrogen and hydrogen with the formula nh3. It is a colourless gas with a characteristic pungent smell.
formula: nh3
density: 0.73 kgm³
boiling point: -33.34 °c
molar mass: 17.031 gmol
iupac id: azane
melting point: -77.73 °c


liquid ammonia is the best-known and most widely studied nonaqueous ionising solvent. Its most conspicuous property is its ability to dissolve alkali metals to form highly coloured, electrically conductive solutions containing solvated electrons. Apart from these remarkable solutions, much of the chemistry in liquid ammonia can be classified by analogy with related reactions in aqueous solutions. Comparison of the physical properties of nh3 with those of water shows nh3 has the lower melting point, boiling point, density, viscosity, dielectric constant and electrical conductivity; this is due at least in
part to the weaker h bonding in nh3 and because such bonding cannot form cross-linked networks, since each nh3 molecule has only one lone-pair of electrons compared with two for each h2o molecule. The ionic self-dissociation constant of liquid nh3 at −50 °c is about 10−33 mol2•l−2.
Read More...