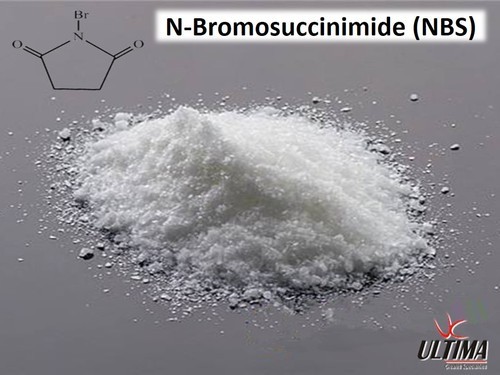 N-Bromosuccinimide (NBS) is a brominating and oxidizing agent that is used as source for bromine in radical reactions (for example: allylic brominations) and various electrophilic additions. The NBS bromination of substrates such as alcohols and amines, followed by elimination of HBr in the presence of a base, leads to the products of net oxidation in which no bromine has been incorporated.