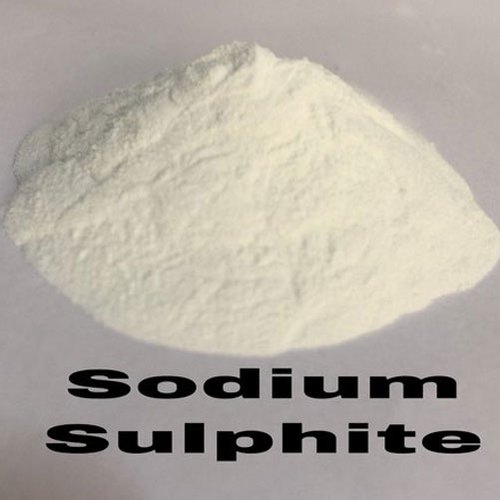 Sodium sulfite (sodium sulphite) is the inorganic compound with the chemical formula Na2SO3. A pale yellow, water-soluble solid, it is used commercially as an antioxidant and preservative. A heptahydrate is also known but it is less useful because of its greater susceptibility toward oxidation by air.

Sodium sulfite (CAS 7757-83-7) is an odorless, solid white powder with a salty sulfurous taste that is soluble in water. It is primarily used as a food preservative (e.g., to prevent dried fruit from discoloring) and as an antioxidant. In the past, sodium sulfite was used to make pulp in the paper industry, but its use now accounts for less than 10% of the total pulp production, and the number of sulfite mills continues to decrease. Sodium sulfite is also used water treatment and photography. There is very little information on the environmental fate and effects of sodium sulfite and it is anticipated that, if released to water or soil, the effects would be negligible. Because it is used in small amounts as a food preservative, a very small percentage of the population is ‘sensitive’ to the chemical and may have an allergic reaction; some asthmatics may have a severe reaction following exposure. There are no environmental standards or regulations for sodium sulfite as it is ‘generally recognized as safe’ when used as a chemical preservative.